Taiwan is moving forward with their authentic culture continuously holding true. This country has a way of inviting people to dive into their lifestyle and experience their local tradition. As of this writing, residents coming from the Philippines can travel VISA-free to Taiwan until July 31, 2018.

Here are some activities in the country that you don’t want to miss.

This street is surrounded with facades of classical architecture. Along this street are quaint shops selling garments, textiles, tea, snacks, etc. In Daxi Old street, the shops would match the place’s vintage Asian look. That being said, this reflected the manner of which trade and commercial business was done in Taoyuan District back then. At the end of the Old Street, you’ll be welcomed by a nice view of Daxi Bridge and Daxi River. 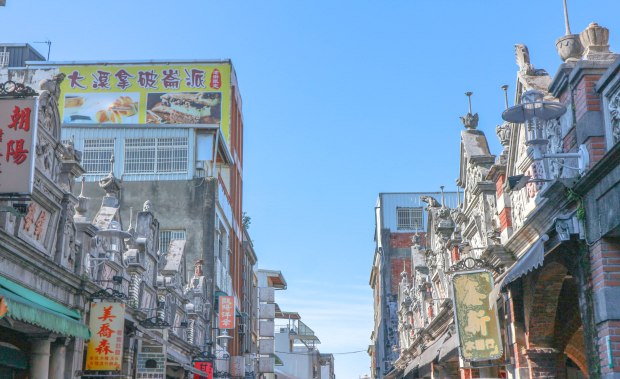 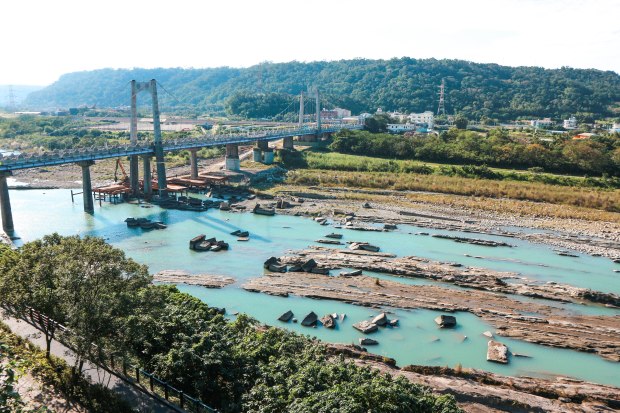 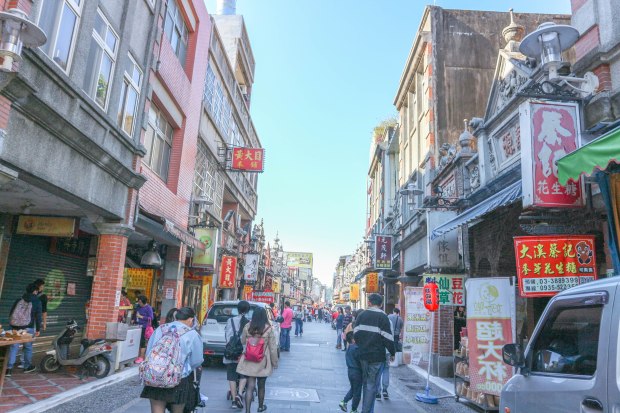 Yehliu Geopark is a must-visit in Taiwan. Yehliu Geopark was packed with tourists during Christmas time. Good thing it was a fair day to experience the beautiful beach scenery Yehliu had to offer. Found in the northern coastal side of the country, they have natural rock formations that they’ve associated with a Queen’s Head, Ginger Rock, Mushroom Rock, and Princess Head to name a few. 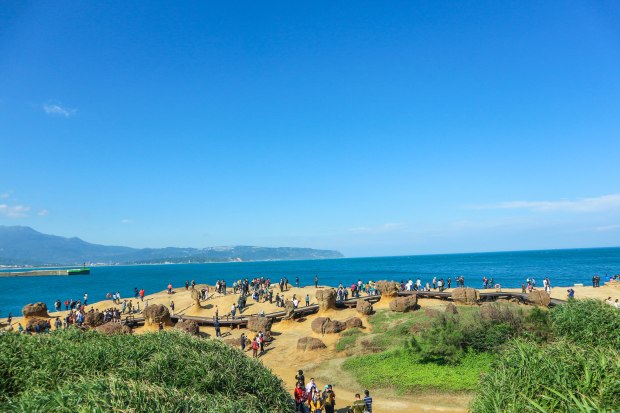 Various rock formations by the sea 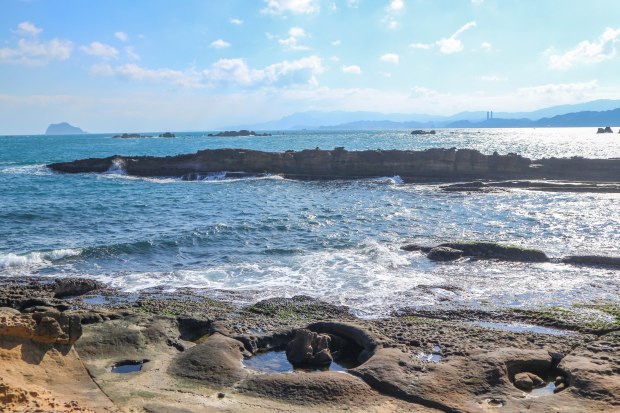 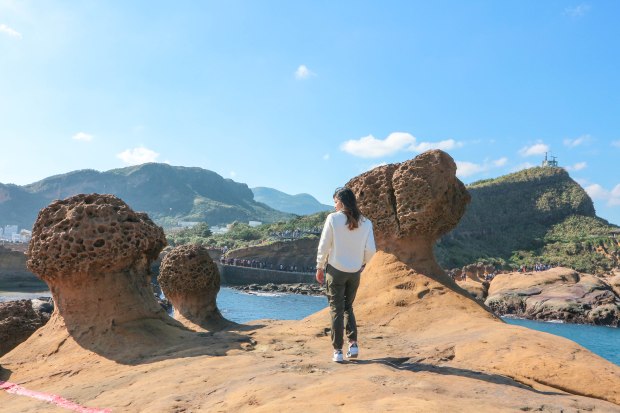 The Queen’s Head is the most notable geological formation in Yehliu Geopark because it resembles the head of an Egyptian Queen. This rock formation, however, is slowly deteriorating. Time will come that the rock formation can no longer hold the “Queen’s Head” that is why they made a replica of it which they called Queen’s Head 2. 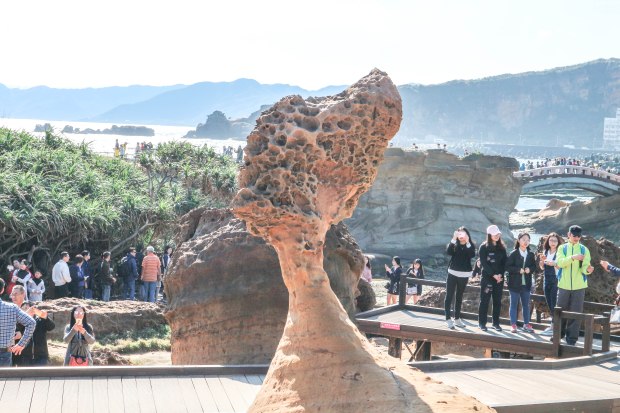 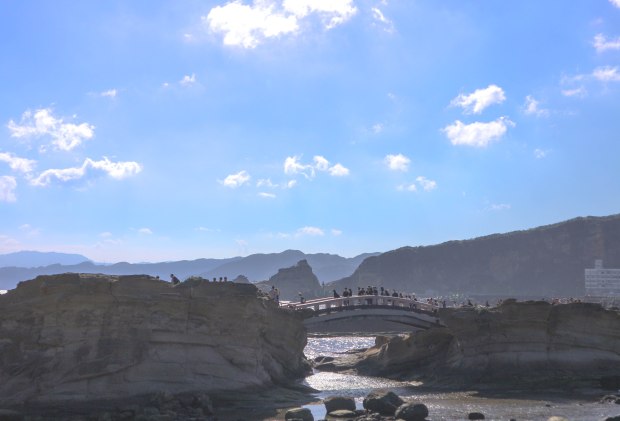 Shifen Old Street is an attraction along the train railway. Shifen is the place where tourists are allowed to fly their own customized lanterns. Tourists would write their wish/es on the lanterns and release it into thin air. They say that if you fly a lantern, whatever you wished for will come true. There are still trains that pass by Shifen Old Street so tourists are asked to take caution when the train is near. It is also a good area to buy souvenirs like miniature lanterns with Chinese inscriptions like good health, good fortune and success for the one you’ll be giving it to. 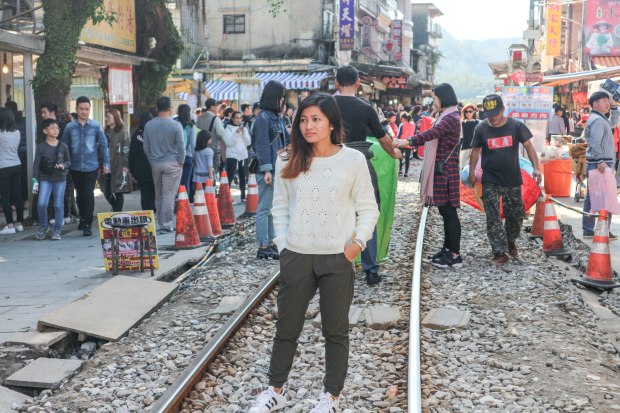 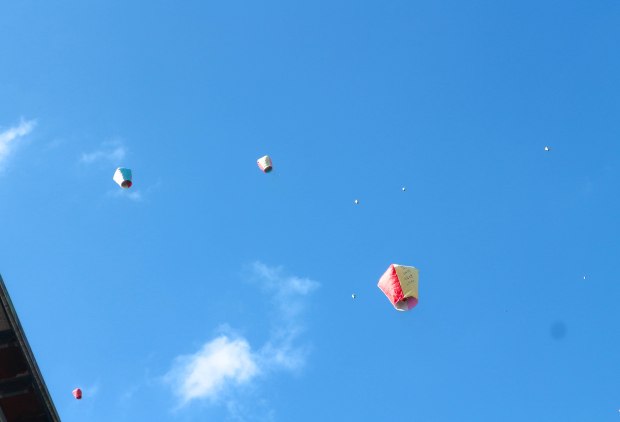 Up, up and away

Immerse on a Taiwanese food trip at Jiufen Village.

This village is another must-see tourist destination. Jiufen is a good place to buy authentic food items. They have a wide array of food choices especially on Taiwanese specialties like pineapple cakes, nougat biscuits, bubble milktea, and mochi cakes. 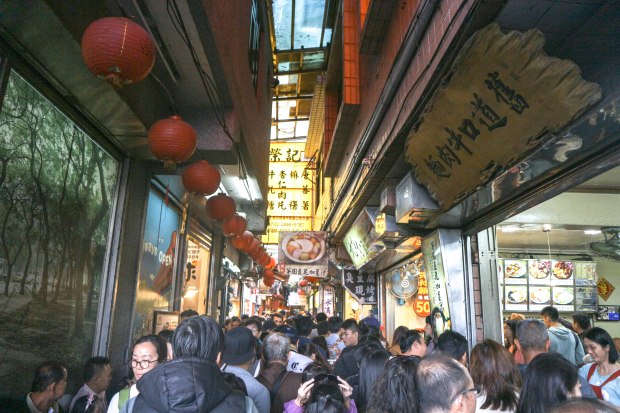 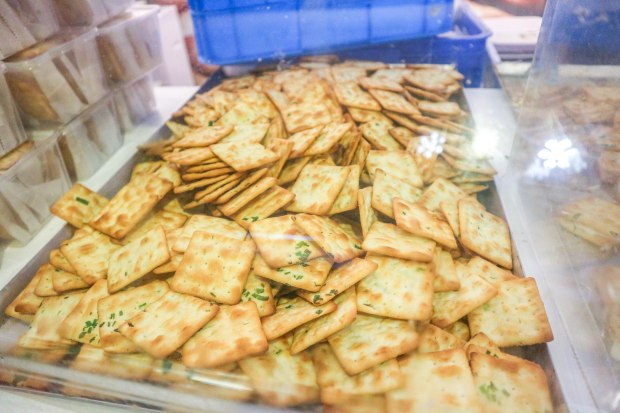 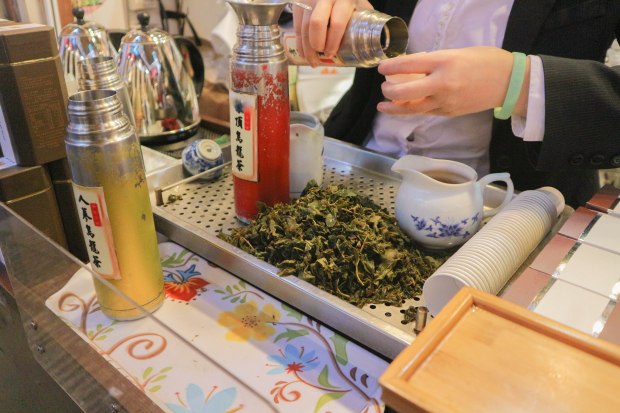 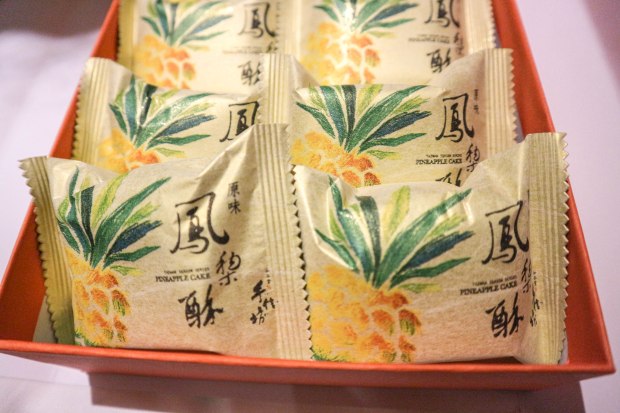 Aside from that, there are a lot of cultural shops here too. Taiwanese culture is captured on the spot from Chinese calligraphy, to tea making, and making of proudly Taiwan delicacies. It is also ideal to buy souvenir items here. If you’re a fan of the movie ‘Spirited Away’, Jiufen Village is the place where the movie got its inspiration. No wonder there were numerous shops selling ‘Spirited Away’ memorabilia. 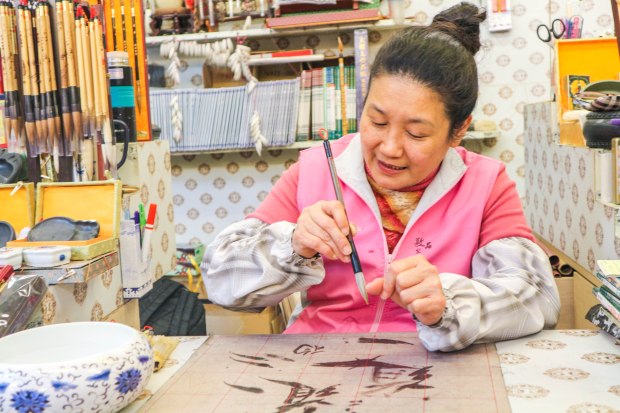 Chinese Calligraphy artist inside the village 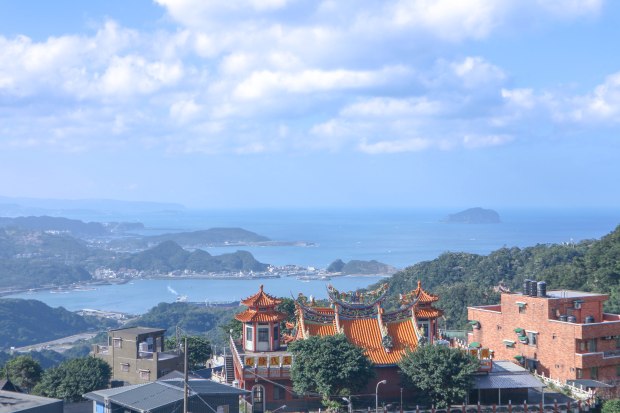 The view atop Jiufen Village

There are a lot of temples, memorial halls, and museums in Taipei so try to visit them. One of the famous memorial halls in Taipei is the Chiang Kai Shek Memorial Hall. The structure was under renovation when I visited but the view was still worth it. What’s good about visiting Chiang Kai Shek Memorial Hall was that it is near the train station with nearby attractions just as close like Taipei National Concert Hall and Freedom Square Taipei. 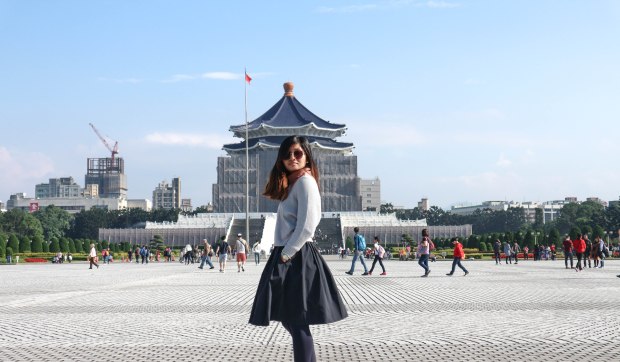 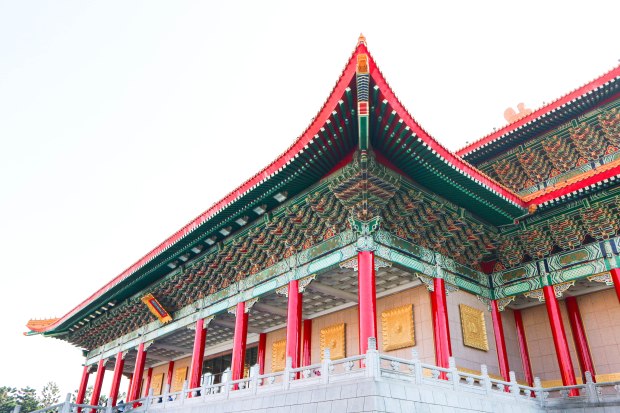 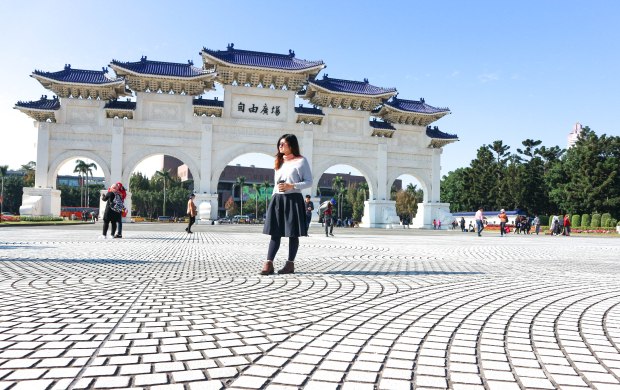 Go on top of Taipei 101 Observatory.

Taipei 101 is Taiwan’s very own skyscraper which stands at 508 meters tall. The main ticketing office entrance leading to the observatory can be found on the 5th floor. It takes only 37 seconds for the high-speed elevator to reach the 5th floor to the 89th floor without much passenger discomfort because of the regulated atmospheric pressure. How fast is that? This high-speed elevator was actually included in Guinness Book of World Records for about 10 years as the World’s Fastest Passenger Elevator. 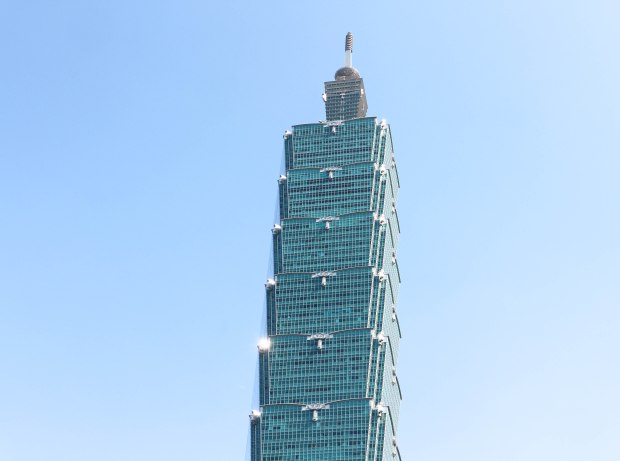 The skyscraper of Taiwan

The observatory opened the 88th thru 91st floor for public viewing. On the 88th floor, a 360-degree view of Taipei can be seen. The tuned mass damper may also be seen on this floor which protects the skyscraper from harsh winds and seismic earthquake vibrations. The 91st floor is an outdoor observatory deck giving you a nice view of the city. 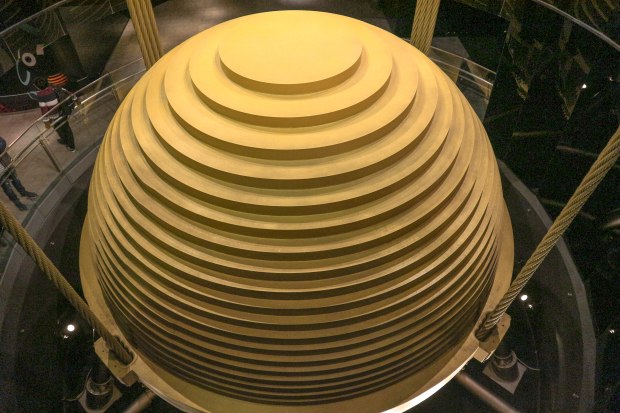 Go shopping at their night markets.

One good shopping place in Taipei is Ximending Night Market. It has a lot of choices when it comes to shoes, clothes, and more food. The photo I took down below was about early in the afternoon so most of the stores are typically open even before nighttime. 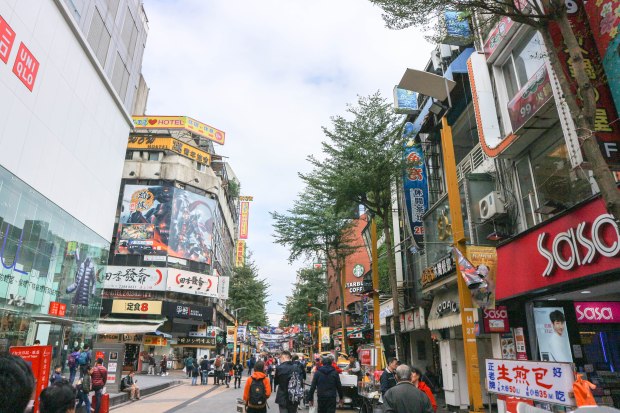 Big thanks to KK Day Travel for the assistance on my Northern Taiwan Tour of Yehliu, Shifen and Jiufen. You may visit their site at www.kkday.com for more tour options.

The girl in the red dress 💃🏻⁣ #RobsDreamKimTrue #2019 ⁣ 📸: Sir Benjie Tiongco
Archive 2019 📸: Citified
GIVEAWAY ALERT! Craving for your favorite food? Have them delivered to your home! Get a chance to win 1 out of 20 vouchers from @foodpanda_ph! Winners get PhP 100 off on their food order with a minimum of PhP 200 spend. This is available for first time users only. Just follow @aisabanares on Instagram, like this IG post and DM me when you’re done! It’s as simple as that!☺️ Keep safe and stay home!🏡
Archive 2020 📸: Beat the heat *insert mango emoji*
Archive 2019 📸: #LaBorahay
Archive 2020 📸: The days of pre-quarantine
Archive 2018 📸: Vitamin Sunset. Check out my new vlog upload feat. my home quarantine core workout. Link in IG BIO. ❤️ Keep safe and stay well!
Archive 2017 📸: Definitely getting pasta after this quarantine.

All texts and photos are owned by Aisa. By all means, no part shall be copied and/or reproduced without consent from the owner.
%d bloggers like this: